What State is the Best in Nursing Home Care? 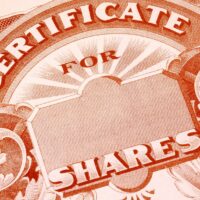 If you’re looking at a nursing home care for yourself or for a parent, there are many factors to consider and expenses to navigate. KAKE.com’s recent article, “Best States for Nursing Home Care–2019 Edition, ” ranked the states on the following metrics:

By Fisher Law LLC | Posted on November 7, 2019
« What Do I Need to Know about Medicare Advantage?
What’s the Best Way to Gift an Interest in My Business? »
Skip footer and go back to main navigation