What Will Biden Do with Medicaid, if Elected President? 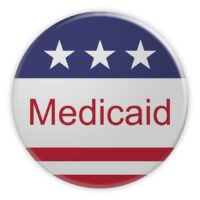 Biden’s proposal is ambitious. It addresses the long-term care needs of the Medicaid population in a fairly complex manner. The proposal continues to leave big gaps in Medicaid-based care and does nothing for the millions of people who need long-term support and services but are ineligible for Medicaid.

However, the former Vice President’s plan goes well beyond the more modest suggestions made just two weeks ago by a joint task force with support from former primary rival Bernie Sanders. It’s also much more specific. He promises to spend $450 billion to enhance Medicaid home-based care, and he says he’d clear 800, 000 people from the program’s waiting lists for such community care. However, this plan could somewhat decrease the number of Medicaid recipients living in nursing homes.

Biden seems to look at only one Medicaid long-term care problem, which is the waiting lists. However, a state can end waiting lists, by limiting the amount of home-based services it provides—a state could simply provide less care to more people.

In an attempt to avoid this, Biden says he will add new federal dollars into a new home care program and fund new innovative models in community care. That promise may motivate states to move from the current complex system of multiple federal waivers into a single new model. The federal government currently requires states to offer Medicaid long-term care to nursing home residents only. The states can get waivers from the federal government that let them provide home-based care, but the special programs are complex for both states and consumers.

Biden would support states moving into the better-funded program, but it wouldn’t be required. Biden identifies a wide range of services that could be funded with this new model. They include things, like primary medical care, transportation, adult day programs, home-delivered meals and home renovations (such as wheelchair ramps).

Biden also proposes to up the pay for direct care workers.

The VP’s plan is as a major $450 billion-plus commitment to enhance Medicaid’s home and community-based care programs.