How Will President Trump’s Move To Florida Affect His Taxes? 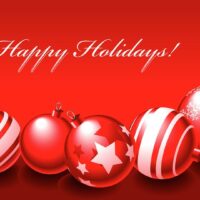 President Trump recently tweeted that he’s moved his permanent residence to Palm Beach, Florida, saying that he’d been “treated very badly by the political leaders of both the city and state” of New York. “Few have been treated worse, ” he said, but he added New York “will always have a special place in my heart!”

Florida has no state income tax or inheritance tax, says Market Watch’s recent article, “Why President Trump’s kids are probably celebrating his move to Florida.” Trump’s family may really like his move to Florida, due to the amount of money he could save on state income tax. Even so, estates worth $11.4 million (as of 2019) are taxed at a marginal rate of up to 40%. For an estate valued at $12 million, the $820, 000 overage is subject to the tax in progressively increasing brackets.

The New York Times first reported the move, and Trump and his wife now say that said their primary residence is now Trump’s Mar-a-Lago resort. The Times reported the move was mostly for tax purposes. The paper also said the move won’t impact the New York attorney general’s quest to get his federal tax records.

Florida is one of only seven states that has no state income tax. It’s a big reason it’s so popular with wealthy individuals who want to retire. Trump’s move isn’t uncommon, especially among ultra-high net worth individuals over the age of 65. Billionaires will move out of states with estate taxes, according to a recent study by researchers at the University of California, Berkeley, and the Federal Reserve Bank of San Francisco. The trend grows stronger, as billionaires grow older, the report said.

That study showed the many ways the rich minimize taxes and transfer wealth to the next generation. There are 29 states that have no estate tax, and the federal estate tax of 40% kicks in for estates valued at $11.4 million for an individual and $22.8 million for a married couple.

By Fisher Law LLC | Posted on November 29, 2019
« A Good Estate Plan Equals Peace of Mind and Peace in the Family
Holiday Season Ushers in Thoughts of Family and Sharing »