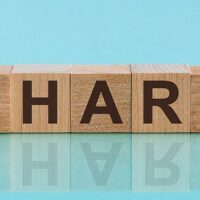 However, Morningstar’s recent article entitled “3 Strategies to Consider When Sole Beneficiaries Want to Share the Wealth” says that there are a few hurdles to clear, such as the IRA administrator’s policies, income tax consequences, transfer tax consequences and the terms of the decedent’s will.

Here’s a scenario: Uncle Buck dies and leaves his IRA to his niece, Hope. Buck’s will leaves all his other assets equally to all three of his nieces: sisters Hope, Faith and Charity. However, the three agree that Buck’s IRA should be shared equally, like the rest of the estate. What do they do?

The Easy Way. Hope keeps the IRA, withdraws from it when she wants (and as required by the minimum distribution rules), pays the income tax on her withdrawals and makes cash gifts to Faith and Charity (either now or as she withdraws from the IRA) in an agreed upon the amount. It would mean giving each of her two sisters ⅓ of the after-tax value of the IRA. There is no court proceeding or issue with the IRA provider. There are no income tax consequences because Hope will pay the other girls only the after-tax value of the IRA distributions she receives. However, there’s a transfer tax consequence: Hope’s transfers would be considered as gifts for gift tax purposes because she has no legal obligation to share the IRA with the other nieces. Any gift over the annual exclusion amount in any year ($15, 000 as of 2020) will be using up some of Hope’s lifetime gift and estate tax exemption. This easy answer may work well for a not-too-large inherited IRA.

The Expensive Method: Reformation. If there is evidence that Buck made a mistake in filling out the beneficiary form, a court-ordered reformation of the document may be appropriate. Therefore, if Hope, Faith, and Charity have witnesses who would testify that the decedent told them shortly before he died, “I’m leaving all my assets equally to my three nieces, ” it could be evidence that he made a mistake in completing the beneficiary designation form for the IRA. The court could order the IRA provider to pay the IRA to all three girls, and the IRS would probably accept the result. By accepting the result, the IRS would agree that the nieces should be equally responsible for their respective shares of income tax on the IRA and for taking the required distributions, and that no taxable gift occurred. However, as you might expect, the IRS isn’t legally bound by a lower state court’s order. If the reformation is based on evidence, the parties may want the tax results confirmed by an IRS private letter ruling, which is an expensive and time-consuming task.