What If I Can’t Wait Until 70 to Get My Social Security? 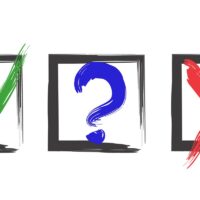 Delaying the claiming of your Social Security benefits only makes sense for some people—particularly those who are claiming based on their own work records and who expect to live a long time in retirement. You have probably also heard that 70 is the best age for claiming Social Security benefits. That’s because you’ve already reached your full retirement age (age 66 or 67 for most) and you’ll get 100% of the benefits to which you’re entitled. In addition, for every year you delay beyond your full retirement age, you can increase your benefits by 8%. The exact amount is calculated based on the year of your birth and the number of months you delay. However, this ends at age 70.

CNBC’s recent article, “Can’t wait until 70? This is the next best age to claim Social Security benefits” explains that there’s a next best age to claim. Single Social Security claimants who want to wait until age 70, but can’t should select age 69. That trade-off can be as little as a few thousand extra dollars in additional lifetime benefits, if you start a year earlier.

If you’re single, wait until 70, but it’s as critical as it is going from 66 to 67, or 67 to 68. In a low interest rate environment, it’s hard to beat the potential increases for every year you wait in claiming your benefits. That’s a guaranteed real rate of return backed by the federal government. You can’t get these types of real rates of return in the marketplace.

If you are married and the higher wage earner, it typically makes sense for you to delay as long as possible to claim. That’s because Social Security payments are based on mortality tables that have not been updated since 1983. Life expectancies have increased since then, because people are living longer than they would have been expected to back in 1983. As a result, the credits that you receive for delaying Social Security are worth more to you, than they would be if they were actuarially fair.

Waiting until age 70 makes sense, especially for the higher earner of a married couple, because their benefits will determine the spousal and survivor benefits for their spouse. However, for the lower-earning spouse, it usually doesn’t pay to delay claiming beyond full retirement age, because they have a choice between their own benefits or spousal or survivor benefits based on their spouse’s record, whichever is higher. Frequently, the benefits they’re eligible to receive through their spouse will be more than what they’d get, if they wait until age 70.

For singles, it is preferable to wait until age 70 for the highest monthly checks. However, those people have more flexibility and now, a second-best option.

By Fisher Law LLC | Posted on September 20, 2019
« Can I Keep a Loved One’s Inheritance From Their Spouse?
Are You Prepared to Age in Place? »