How Else Can Nursing Homes Be Impacted by COVID-19? 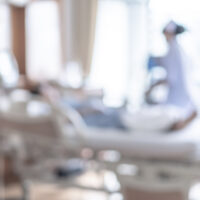 Lack of funding is a big issue for nursing homes.

“You layer COVID on top of that and… it’s a crisis on top of a crisis, ” David Grabowski, a professor of health care policy at Harvard Medical School, told Yahoo Finance. “And that you started with a lot of nursing homes that didn’t have adequate staffing models, weren’t exactly strong at infection control, lacked resources in many, many regards, and then this hits, it’s definitely the industry.”

Yahoo Finance’s recent article entitled “U.S. nursing homes face ‘a crisis on top of a crisis’ with coronavirus and funding woes” explains that the nursing home industry has been facing a financial shortfall since at least 2013, particularly for non-Medicare margins, according to the American Health Care Association (AHCA). Non-Medicare margins are the revenues and costs associated with Medicaid and private payers for all lines of business. They dropped 3% in 2018, an increase from the year prior.

“Over 60% of people in the country that live in nursing facilities are dependent upon Medicaid, ” AHCA President and CEO Mark Parkinson told Yahoo Finance. “And unfortunately, in most states, the Medicaid rates have been set at less than the actual cost to take care of the residents. So, it makes it very difficult to provide the kind of care that providers want when they’re underfunded so dramatically.”

In addition, Parkinson commented, “most of the people don’t understand that Medicaid is really a middle-class benefit, because if people live long enough to outlive their resources, it’s the only way that they can afford to be taken care of in a facility.”

Medicaid is a federal benefits program that gives health coverage to seniors, pregnant women, children, people with disabilities and eligible low-income adults. However, the federal government permits states to level the payment amounts long as they meet federal requirements.

“The failure to adequately fund Medicaid is primarily a problem with the states, ” Parkinson said. “Each state gets to make its own decision on what its reimbursement will be for Medicaid. Although the national average is around $200 a day, the rate varies dramatically by states, and some states are as low as less than $150 a day. In the low funding states, like Illinois and Texas, the politicians just haven’t decided it’s an important enough priority to adequately fund it.”

“It’s important to note that COVID hasn’t discriminated, so it’s not just those worst-quality nursing homes that have seen cases, ” Grabowski said. “It’s been equally apparent across the high quality and low-quality facilities, high Medicaid and low Medicaid facilities. We’ve found that it’s really about where you’re located that has driven these cases.”

Adding to the financial situation is the fact that testing for coronavirus in the thousands of nursing homes across the country can be very expensive. The AHCA and National Center for Assisted Living (NCAL) found that testing every U.S. nursing home resident and staff member just once, would cost $440 million. As the pandemic continues, more supplies are also needed. A recent NCAL survey found that many assisted living communities are running low on PPE (N95 masks, surgical face masks, face shields, gowns, and gloves).

Parkinson says, it’s a “failure to recognize the importance of the elderly. It’s a conscious political decision to underfund elder care, ” he said. “It’s not defensible on any level, but it’s occurring in the vast majority of states.”

He went on to say that with more funding, nursing homes can be better prepared for the next health crisis.

Reference: Yahoo Finance (June 30, 2020) “U.S. nursing homes face ‘a crisis on top of a crisis’ with coronavirus and funding woes”

By Fisher Law LLC | Posted on July 21, 2020
« What Can I Do to Combat Dementia?
Help Wanted – Legal Administrative Assistant »