Just What are the Responsibilities of a Financial POA? 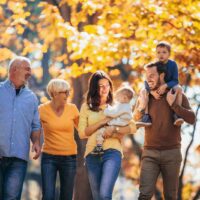 The person who signs the POA is called the “principal” and the person to whom authority is given, is often referred to as the “attorney in fact” or the “agent.”

What powers are given to the person who becomes the agent? In some POAs, there are limits placed on the person, but in most cases the power is “general.” In these cases, the agent can do whatever the individual would do. That includes opening bank accounts, buying and selling property, managing investments, filing taxes, cashing checks and closing accounts. An agent is a considered a fiduciary of the principal, which means that he has a legal duty to act in the principal’s best interest.

The agent may not change the principal’s will and he is not permitted to transfer such authority to act as an agent for the principal to anyone else, unless specifically authorized in the POA itself.

There are different types of POAs. When they become effective, depends on their type. A financial POA is typically effective the moment it’s signed by the principal. However, a “springing” POA becomes effective, only when a specific event, which is described in the POA document, takes place. If the springing POA is to take effect when the principal becomes incapacitated, usually one or more physicians must agree that the principal can no longer make decisions on their own behalf. If you have been named a POA, talk with the principal about their intentions.

The POA generally is not recorded in a courthouse. If you are signing a document for the principal that does have to be recorded with the county, like a deed to a house, then you will need to present and record the POA with the county recorder, before the document can be recorded. The laws in your state or county may be different, so check with your estate planning attorney to be certain.

Some people decide to have more than one agent. It’s not unusual, but it can lead to some complications. The wording should include the agents being appointed “severally, ” so that they can act independently of one another, if that is appropriate under the circumstances. If one person is on the West Coast while the principal and another agent live on the East Coast, not having the ability to act independently could create problems for the agent and the principal.

The POA should remember to keep his assets and the principal’s assets separate. Money should not be intermingled in bank accounts or investment accounts. This is a very important point, since the fiduciary responsibility is a serious matter. The POA can be changed or revoked by the principal at any time, as long as she is mentally competent.

The POA ends with the death of the principal. It is meant to be used as a helpful tool, while the person is living. After the person dies, the executor takes over as the personal representative of the person’s estate.

Speak with your estate planning attorney about making the decisions as to who should be your Power of Attorney. This is a very important role and it must be someone who you can trust implicitly and who is also willing to take on the responsibilities.

By Fisher Law LLC | Posted on February 25, 2019
« Do You Have a Signed Power of Attorney?
Will Stepmother Take Dad’s Money When He Dies? »