Senior Taxes, Money, and Retirement in a Biden Administration 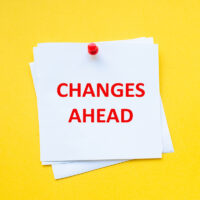 The advent of a Biden Administration could bring significant changes to the current landscape for older Americans. Biden has outlined what he would like to accomplish for older Americans, and this post is intended to summarize some of those plans.

Social Security benefits may become secure again. The Trump proposed payroll tax cut and eventual elimination if re-elected could have been a doomsday scenario for the social safety net of benefits, particularly for older Americans. The payroll tax is Social Security’s primary funding source, strained with fewer workers in the economic system and more seniors than ever to support through benefits. Joe Biden is proposing to raise payroll taxes on higher earners to stabilize the benefits system. The proposal will increase the payroll tax stop exemption from 137, 700 dollars to 400, 000 dollars.

As part of the Biden Social Security initiative, Biden proposes a sweeping change in how benefits are distributed, giving poorer seniors a bigger increase in payouts. The structure of social security benefits currently pays out more money in retirement to those who earned higher salaries during their working years. For example, MarketWatch notes that retirees with 10, 000 dollars a month would receive 3, 040 dollars in monthly Social Security benefits, while a person earning 1, 000 dollars a month would receive 877 dollars monthly. For the neediest Americans, benefits can drop to zero. Biden’s plan will increase benefits to the lowest earners who realistically are the least likely to have saved for retirement on their own. This change could mean an increase of up to 6, 500 dollars a year. Biden is planning the boldest set of Social Security reforms since its inception in 1935 and could lift more than half a million seniors out of poverty by 2030.

In a Biden Administration, the approximately 7 million low-income seniors may retain Medicaid for essential care. The Trump 2021 budget proposal had called for an ending to federal funding for Medicaid expansion and a one trillion-dollar cut to Medicaid and premium tax credits, which are part of the Affordable Care Act (ACA). Biden vows to protect, fund, and expand Medicaid. As part of Biden’s health care plan, family members who become caregivers for their older relatives will receive a tax credit. This tax credit will incentivize people to care for their more senior family members, which will relieve the intense pressure on America’s skilled nursing and assisted living facilities. The tax credit will also help free up family care for the many older adults who cannot afford senior facility care.

If you are a senior who must work past “retirement” age, the Biden Administration plans to enact measures that protect seniors against age workplace discrimination. Whether you choose to extend your career into later life or work a job out of income insecurity, you will also find an extension to the earned income tax credit beyond the age of 65. Regarding taxes, current tax breaks on most retirement savings accounts or plans are proportional to the retiree’s tax bracket. In essence, this incentivizes wealthier Americans to save when it is already easier for them to prepare for retirement in the first place. A Biden Administration proposes to change the tax structure to a percentage-based credit instead of the current deduction structure. This change will equalize the tax break across all income levels.

A Biden Administration plans to implement many changes in the hopes of creating a more level economic playing field that addresses important core issues, particularly for older Americans. Many of these changes will affect seniors directly and typically benefit those with lower income and savings. With a narrow edge to Democrats in the House and the possibility of a small Republican majority in the Senate, the government remains closely divided. Whether any of the changes proposed by the Biden Administration will become reality depends on the actions of Congress and the ability of President-Elect Biden to “cross party lines” and get both the House and the Senate to enact much of what he has laid out in his plans.

By Fisher Law LLC | Posted on January 4, 2021
« Estate Planning Lessons from Celebrities for ‘Regular’ People
How Much Should We Tell the Children about the Estate Plan? »