Timing Is Everything Where Medicare’s Concerned 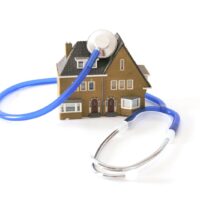 There are many complex rules about transitioning from employment-based health care coverage to Medicare, and mistakes are expensive and often, permanent. That’s the message from a recent article in The New York Times titled “If You Do Medicare Sign-Up Wrong, It Will Cost You.”

Tony Farrell did all the right things — he did the research and made what seemed like good decisions. However, he still got tripped up, and now pays a penalty in higher costs that cannot be undone. When he turned 65 four years ago, he was still working and covered by his employer’s group insurance plan. He decided to stay with his employer’s plan and did not enroll in Medicare. Four months later, he was laid off and switched his health insurance to Cobra. That’s the “Consolidated Omnibus Budget Reconciliation Act” that allows employees to pay for their own coverage up to 36 months after leaving a job.

Medicare requires you to sign up during a limited window before and after your 65th birthday. If you don’t, there are stiff late-enrollment penalties that continue for as long as you live and potentially long waits for coverage to start. There’s one exception. If you are still employed at age 65, you may remain under your employer’s insurance coverage.

What Mr. Farrell didn’t know, and most people don’t, is that Cobra coverage does not qualify you for that exemption. He didn’t realize this mistake for over a year, when his Cobra coverage ended, and he started doing his homework about Medicare. He will have to pay a late-enrollment penalty equal to 20% of the Part B base premium for the rest of his life. His monthly standard premium increases for Mr. Farrell from $135.50 to $162.60.

There are several pitfalls like this and very few early warnings. Moving from Affordable Care Act coverage to Medicare is also complex. There are also issues if you have a Health Savings Account, in conjunction with high-deductible employer insurance.

Here are some of the most common situations:

Still employed at 65? You and your spouse may delay enrollment in Medicare. However, remember, Cobra does not count. You still need to sign up for Medicare.

If you have a Health Savings Account (HSA), note that HSAs can accept contributions only from people enrolled in high deductible plans, and Medicare does not meet that definition. You have to stop making any contributions to the HSA, although you can continue to make withdrawals. Watch the timing here: Medicare Part A coverage is retroactive for six months for enrollees, who qualify during those months. For them, HSA contributions must stop six months before their Medicare effective date, in order to avoid tax penalties.

There are many other nuances that become problematic in switching from employer insurance to Medicare. If this sounds complicated, at least you are not alone. Moving to Medicare from other types of insurance is seen as complicated, even by the experts. The only government warning about any of this comes in the form of a very brief notice at the very end of the annual Social Security Administration statement of benefits.

There are advocacy groups working on legislation that would require the federal government to notify people approaching eligibility about enrollment rules and how Medicare works with other types of insurance. The legislation was introduced in Congress last year – the Beneficiary Enrollment Notification and Eligibility Simplification Act — and will be reintroduced this year.

By Fisher Law LLC | Posted on March 7, 2019
« How Do I Prepare my Parents for Alzheimer’s?
Moving to a Care Community? Check the Fine Print »