What Does Tenancy by the Entirety Mean in Estate Planning? 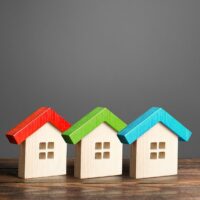 Choosing an ownership structure for real estate is is an important decision. As a result, it is crucial to understand the options. Motley Fool’s recent article entitled “What is Tenancy by the Entirety?” explains that the only owners of the property must be both spouses of a legally married couple. The couple must be a married couple, not just two people in a relationship or two otherwise unmarried individuals. The owners also can’t be a married couple that co-owns the property with another.

Tenancy by the entirety has two main advantages for married couples: asset protection and estate planning. Tenancy by the entirety helps protect the property from the debts of one spouse. Creditors can’t attach a lien on a house owned as tenancy by the entirety, unless the debt is in the names of both spouses. TBE makes the owner of the house a separate legal entity from either spouse. It also avoids a costly and lengthy probate process because title to the home transfers automatically to the surviving spouse upon one spouse’s death.

However, TBE isn’t available in all states. Some owners also don’t like the fact that each spouse owns a 50% share, even if one spouse paid the entire cost of acquiring the home. Tenancy by the entirety is only used in certain states. They include AK, AR, DE, DC, FL, HI, IL (for some types of homestead property), IN, KY, MD, MA, MI, MS, MO, NJ, NY, NC, OK, OR, PA, RI, TN, VT, VA, and WY. Some of these states allow tenancy by the entirety for a number of types of property, while others allow TBE arrangements for just real estate.

There are a few other ways to own property. Here are some of the most commonly used methods for properties purchased for more than one adult tenant to live in:

Tenants in Common. It is an ownership structure similar to tenancy by the entirety, but it applies to non-married couples. Like tenancy by the entirety, tenants in common share an equal ownership interest in the property, but at the death of one owner, their share of the property passes to their heirs, not to the surviving owner. Tenants in common is the default ownership structure, unless another form of ownership is specifically chosen with an asset owned equally by two or more people.

Joint Tenants with Rights of Survivorship (JTWROS). This is similar to tenancy by the entirety. Like tenancy by the entirety, JTWROS-held properties also pass to the survivor in the event of one spouse’s death. However, JTWROS isn’t limited to married couples, and there can be two or more owners. Each one has an equal interest in the property, but unlike TBE property, each owner has the right to sell or transfer their ownership interest to another. Another difference is that JTWROS owners aren’t considered to be a separate and single legal entity—each owner’s creditors can go after the property, even for debts that are owned by a single debtor spouse.

Sole Ownership. With sole ownership, just one person holds title to a property. It is often used when a single individual purchases a home. However, it can also be used if a married couple buys a home, but only one spouse will legally own it. A big advantage of sole ownership is its simplicity—the owner is able to make any decisions about the property on their own. However, transfer of ownership when a sole owner dies can be more complicated than any of the other ownership structures above.

Joint Tenancy. This is typically what happens when two people are listed on a deed, and there’s no other ownership structure designated. Here, both owners have equal ownership rights to a property, and in the event of a deceased spouse or owner, the property passes to the surviving joint tenant. However, joint tenancy doesn’t protect the property from creditors of one of the owners.

Tenancy by the entirety has several key benefits for married couples, in states where it’s permitted. Review these with an experienced estate planning attorney before deciding.

By Fisher Law LLC | Posted on October 6, 2020
« The Differences Between Wills and Trusts
How to Keep Track of Mom’s Healthcare Information if She Gets Sick or Injured »