Must Seniors at Care Facilities Sign over Stimulus Checks? 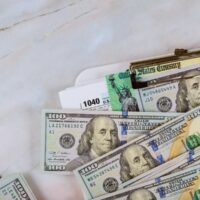 The Federal Trade Commission (FTC) has announced that some states across the country have received reports of nursing homes and assisted living facilities that have falsely said that COVID-19 stimulus checks are “resources, ” under the rules of federal benefit programs that must be used to pay for services.

It’s “not just a horror story making the rounds.” The FTC says that these are actual reports that officials at the Iowa Attorney General’s Office have been getting – and handling. The FTC noted that other states are experiencing the same types of complaints.

The FTC says that it’s not true and urges people to check with family members who get Medicaid and live in these facilities.

They should file a complaint with the state attorney general, if they or a loved one have experienced this problem, says CBS Local New York’s recent article entitled “FTC: Nursing Homes, Assisted Living Facilities Cannot Take Stimulus Money From Medicaid Patients.”

Some facilities are claiming that, because the person is on Medicaid, the facility is entitled to keep the stimulus payment.

However, that is false. According to the CARES Act, these economic impact payments are a tax credit, and the law says that tax credits don’t count as “resources” for federal benefits programs, like Medicaid.