The People They Trust, Rip Off Seniors the Most 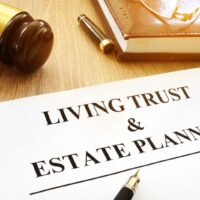 Seniors are frequent victims of financial abuse, whether the crook is a stranger or someone the older adult knows. Sadly, the people they trust rip off seniors the most. The Consumer Financial Protection Bureau (CFPB) analyzed the financial exploitation of older Americans, by poring through government reports that looked into suspicious financial activity.

During a recent four-year period, fraudsters stole or tried to steal more than $6 billion from seniors. The criminal activity is increasing, as shown by the fact that the number of annual reports of financial abuse quadrupled during that time. Since many people do not realize they have been the victim of theft or do not report it, the CFPB estimates that the actual losses could be between $2.9 billion and $36.5 billion every year.

The Older You Are, the More They Steal from You

Who Is Stealing from Older Americans?

Strangers account for 51 percent of the scams that take money away from seniors. This category includes thing like:

The government does not know who the exploiter was in every case. In about 14 percent of the reports, the victim did not identify the perpetrator.

Family members, caregivers, and fiduciaries account for 36 percent of the financial abuse of seniors. A fiduciary is someone who has the authority to manage the older adult’s money, such as a broker, accountant, trustee, guardian, conservator, or someone who has a power of attorney to act on the senior’s behalf.

Who Steals the Most from the Elderly?

The sad truth is that the people they should be able to trust the most, take the lion’s share of the money from older adults. Here is how the amount of theft breaks down, by perpetrator groups:

How to Prevent Elder Financial Abuse

These tips can help you to shield your aging friends and relatives from becoming victims of financial abuse: