When is it Time to Take Over Parent’s Finances? 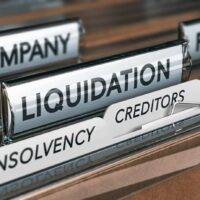 Losing the independence that comes with being able to drive, is often followed by the realization that parents can no longer be entrusted with their own finances. This is a difficult issue, because the parents of Baby Boomer kids are the “Greatest Generation.” As a general rule, they were and are extremely private about finances. The steps to take are outlined in this article, “Here’s how to know when it’s time to take control of your parent’s finances, ” from Considerable.

The tricky part is figuring out the timing. If it is done too early, you’ll be battling with your parents. Conversely, if it is done too late, major financial damage may be done.

Keep your eyes open for signs that your parents are not able to maintain their responsibilities. That includes changes in their behavior, misplacing things and not being able to locate them, or making too many trips to the bank for reasons that they can’t or won’t explain. Another clue: purchasing things they never bought before. You may notice paperwork piling up on a desk that used to be tidy and organized.

One woman didn’t realize that her mother was being scammed, until she had sent more than $100, 000 to scammers. Elderly financial abuse is pervasive, and the Senate Special Committee on Aging estimates that elderly Americans lose some $3 billion annually to financial scammers.

One elderly woman suffering from dementia, forgot to pay her long-term care insurance premiums and lost the coverage. The company had sent five notices, but she was not able to manage her finances.

Even those who have close relationships with their parents and their daily events can have slip ups. Often, the children don’t step in, until the parent has a health crisis, and then it becomes clear that things have not been right for a while. If one parent is overwhelmed by taking care of their spouse, an otherwise organized person may become prone to making mistakes.

The earlier children can become involved, the better. Children should ideally become involved with their parents, while they are still healthy and able to communicate the necessary information about their financial lives. If the family waits until illness strikes or dementia becomes apparent, there may be significant and irreversible damage done to the parent’s finances, like the woman who lost her long-term health care coverage. There are some instances where the court need to become involved, if the parents are not able or willing to let the children help.

An elder law attorney will be able to help the family as they transition the parents away from being in charge of their own finances. It’s not always an easy process but becomes necessary.

Reference: Considerable (April 18, 2019) “Here’s how to know when it’s time to take control of your parent’s finances”

By Fisher Law LLC | Posted on May 24, 2019
« Who Will Control the Funeral Arrangements When I Die?
Could You Lose Your Social Security Benefits to Creditors? »